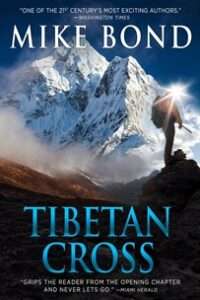 VOICES TOOK SPARK, feet pattered through the water. The Arabs clustered by the door, women chirping lightly. The shudder of the hull had silenced. He crossed the hold and followed the last Arab up a cliff of stairs toward a bright oblong door giving on a gangway to the blue resplendence of Marseille.

He leaned against a lamp pole at the end of the dock and counted the money in his palm. Fifty-three francs were left from what the Algerian colonel had given him. There were the now useless dinars Hassim had pushed back at him across the bar of Les Champs Elysées in Oran, a few centimes. It was shocking to think how meaningless centimes had once seemed: flat, light, and tinny, in mute testimony to their own worthlessness. Now, with so little company in his palm, they had more weight. “Liberty, equality, brotherhood,” they said.

La Canebière pointed northward from the Old Port like a cannon. In the first side street was an open market. He picked out a banana. “Fifteen centimes,” a kerchiefed woman said. He put it back. “And take your roaches with you,” she called.

In the next street he found two bananas for ten centimes at an Arab shop and sat wolfing them on the curb. “Where is a cheap hotel?” he asked the shopkeeper.

La rue Thubaneau had grim facades and narrow sidewalks; paper rustled in the gutters. An old woman swept flashing glass into the street with a straw broom. “Good morning, grandmother,” he said. “Do you know who has a cheap room to rent?”

She peered up at him, fingers gnarled on the broom handle. A thimble-sized wart bristled on her chin. “You’re not my grandson. One would not find him on this street of whores and Arabs, stinking like a dead mullet! Beat it!” She shook the broom.

“Does he shit, this grandson of yours? If he does, he’s surely like you,” Cohen laughed, dodging the noisome swipe of her broom. Further along the street, a slip of cardboard hung in a window: “Chambre meublée—à tout confort.”

A spare woman in black answered the bell.

“It is how much, this room with every comfort?”

It waited atop four perilous flights, the banister tempting but unreliable, the tin-edged treads shifting under his steps. Its door had recently been punched in and had three planks nailed across it.

It was L-shaped, filled by a bed and a dresser, a chipped sink backed into the corner between them. A four-paned window cast cobwebbed light over fissures in the dresser’s veneer. The mattress was slitted and stained. “There are no blankets?”

He tested the faucet. The water was tan-colored.

“It’s not drinking water, that,” she said. “I bring one bottle each day.” She indicated a dusty wine bottle on the floor by the bed. “Extra water, five centimes the bottle.”

“I’ll take it for a week, if you throw in the blankets.”

“You have a Carte? You don’t look French. You must register downstairs. No food in the room. W.C. in the hall. No toilet paper in the toilet—it blocks the flush. No fights in the room.”

“Believe me, I have no one to fight.”

“I believe no one who says that.”

He awoke at dusk, head throbbing with hunger and fever, shoulder aching. He drained the water bottle, tugged on the light and stared at the flecked paint. Voices and car noises bounced up from the alley below the window.

Vespers bonged out of the vermilion west through the cracked window of the W.C.

What was I dreaming? Oh God if I could be in Montana now. April and the snow gone from the south-facing meadows of the Tobacco Roots, the streams high and full of rainbows, achingly cold. The grass starting so shiny, and new green pushing out the tips of the lodgepoles, delicate outfolding leaves on the aspens, the willows already in leaf, greentipped cottonwoods standing haughty as Blackfeet along the arroyos, elk feeding on the bright grass below snowline, the sleek swift patter of coyotes over last year’s leaves.

He stared out the window. Silence is Montana. The freedom of silence has nothing to do with man and everything to do with life. That’s why I left Montana, too—I couldn’t stand to watch it die. Couldn’t go back to the forests where we’d hunted sun-gilded elk through cool towering pines, where now there’s only chainsawed stumps and sun-charred bulldozed earth. While the Senators, Congressmen, Forest Service, and loggers divide up the public forest like the Mafia divide up some heroin network in the Bronx … When once Montana was God’s magnificent gift to the entire universe, His most precious, beloved jewel … Why’s the world like it is? No—why are we men what we are?

When we don’t need be?

He spread his money on the dresser top. Eight francs, twenty-one centimes. He ran water into the sink, stripped, and washed. Yellow pus and a nauseous odor ran out of the wound in his shoulder. Exhausted by the effort he fell back on the bed. After a while he sat up and slapped his good knee. “I need food. Paris in ten more days.”

In the darkening street a woman watched him from a doorway; a cat hissed and ran behind a garbage can. A truck passed, “A. Trimestre, Carcasses and Tallow,” painted on its door. In an Arab café at the corner he ate bifteck frites for three francs fifty. The horsemeat was tough but juicy, gone before he knew it. “Do you have any work to be done?” he asked the austere owner.

The man put his hands flat on his apron. “Alain,” he called.

A head, roughcut and weepy-eyed, jumped through the kitchen window. “Oui,” it said.

“This one seeks work.”

Slowly, like an old man, Cohen walked along la rue Thubaneau. “Allô, mon mec,” a voice called from his shadowed doorway. He looked up, expecting the tall concierge. “Have some fun?” the woman said. She was dark and overweight, breasts sloping down her dress.

“I’m queer,” he answered, and slipped past her down the half-lit hall.

As he reached the fourth landing a door slapped open and a man in a sailor suit sprawled into the hall. His sailor’s hat rolled across the landing and bounced bounced bounced down the stairs. He lifted his head. “Cheap cunt,” he said, yelling as a booted toe caught him amidships, below the ribs.

“Beat it!” The woman turned fierce eyes on Cohen. “So you think he should have his money back when he can’t get it up?”

She snorted. “Not without your fifty francs, just like him.” She kicked the sailor again.

“I’ll owe you fifty francs,” Cohen offered. She was slight and pretty, sable hair trailing over one shoulder, breasts nipping up into her blouse, a green slit skirt accentuating the length and promise of her thighs above her calf-length boots. “I’m getting a job tomorrow,” he added.

“Come see me tomorrow, then.” She stepped over the sailor, who grabbed her ankle.

“Return my money,” the sailor moaned.

“Even a dog couldn’t get it up for you!”

The sailor sat up. He scratched his thin reddish curls, felt round for his cap, stood. He belched. “Thy sister pisses blue,” he said evenly, unzipping his fly.

Cohen gave him a quick tap and he toppled in a slow inebriated backward handstand down the stairs. His feet came up and went over his head and he crashed against the third floor landing wall.

“You killed him?” she whispered. “Shit, that’s trouble.”

The sailor sat up and vomited.

Cohen walked down the stairs and knelt over the sailor. “You can find the door, you?”

“What’s the matter up there?”

“Madre! It’s the concierge,” the girl hissed. “Make him stand!”

“What’s going on?” The concierge’s shriek was a floor closer.

“You can find the door?” Cohen repeated.

“What’s going on?” the concierge screamed.

“I’ll tell you,” the sailor stood but slipped on his vomit, cascaded down the stairs on his rump and piled into the concierge.

“Get out, get out,” she bellowed, twisting herself from under him. “Oh, you stink, Good God, you stink.” She wiped at herself hurriedly. “All of you, out!” she yelled.

“I just got here,” Cohen said.

“I paid a whole week. Fifty francs. I have no more.”

The concierge shoved the sailor down the stairs. “Ten minutes.” She glanced at an imaginary watch on her wrist. “Then I call the police.”

“They’ll arrest you for stealing my money,” Cohen yelled.

“Mine, too,” called the sailor.

“She will, she’ll get the gendarmes,” the girl said. She ran back into her room, calling, “Here, Lobo!” Cohen shut his door and stared stupefied at the blanketed bed, the already familiar sink and dresser. “When you’re going down,” he muttered, “It’s so hard to stop.”

There was nothing to pack. Ten days to go, no food, no money. No place to stay. Oh Jesus find me a haven. As he left he looked in the girl’s open door. She was throwing dresses on the bed. A German Shepherd watched him, ears forward, from the doorway. “Where will you go?” he asked.

“Who knows? Another hole like this, with another grande dame concierge and another Samaritan to get me thrown out again.”

She flung a hand at the room. “This is the insult, to have to go like this. I should be working, not moving.”

“Good.” She jammed dresses, underclothes, a mirror and brush into a cardboard suitcase. “Serves you right for sticking your prick where it doesn’t belong!”

She caught up to him in the street, walking lopsided from her suitcase, Lobo trotting at her heel. “What’ll you do?” she said.

“I’ll sleep in the street. And eat rats.”

“They need a strong wine, plenty of body. A Spanish wine.”