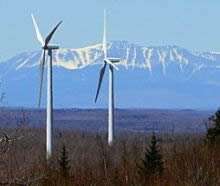 Mt Katadin viewed from Lincoln, ME.
(Photo by Brad Blake)

For more than 300 years the Bond family has lived and worked in the forested paradise of Maine. As a boy Mike Bond roamed Maine’s forests and swam its lakes, but today the paradise he loves is growing unrecognizable because of the encroachment of devastating industrial wind projects.
Wind turbines shroud 11 mountains and ridges in Maine and plans for construction of 12 more are in development. States like Connecticut, whose residents oppose wind turbines there, now plan to develop hundreds of turbines in Maine, including 100 miles of towers surrounding Maine’s iconic Mount Katahdin. Soon neither ridge nor mountain will be without howling wind turbines reaching 500 feet—nearly half the height of the Empire State Building— and causing enormous irreversible harm to birds, bats, human health, property values, tax revenues and tourism – the base of Maine’s economy.
Bond, an environmental journalist who has been covering the magnitude of climate change since 1989, knows that we cannot afford to waste more years and more billions of dollars on wind projects that do not lower greenhouse gases or fossil fuel use but have disastrous other impacts. He argues that we can far more cheaply generate far more energy with rooftop solar – and without the social, environmental, and fiscal damages of industrial wind projects. 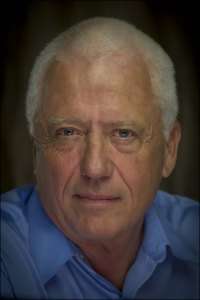 Determined to protect Maine from the disastrous effects of wind energy, Bond created The Saving Paradise Project. Through the Project, Bond, a long-time environmental activist who has lived and worked in many remote, dangerous parts of the world, will continue his life-long fight to save our vanishing paradises.
MIKE BOND has been called the “master of the existential thriller” by the BBC and “one of the 21st century’s most exciting authors” by the Washington Times. A bestselling novelist, environmental activist, advisor to U.S. and foreign governments, international energy expert, war and human rights correspondent and award-winning poet, he has lived and worked in many remote, dangerous parts of the world, including 30 countries on six continents.
He has been a Democratic candidate for the U.S. Senate from Montana, was project manager of several Wild and Scenic River and National Wildlife Refuge master plans; worked to protect the Allagash Wilderness Waterway in Maine; helped create Montana’s Lee Metcalf Wilderness and California’s Golden Gate National Recreation Area; fought elephant poaching in Africa; managed the NASA/AIA project to design part of the orbiting space station; and helped write the Colorado Wolf Management Plan. A former anchor for the PBS news program European Journal, he was also Paris energy correspondent for The Financial Times.
As a human rights journalist Bond has covered death squads and military dictatorships in Latin America, the Middle East and Africa. He has also written widely on environmental issues including elephant slaughter and species decline in Africa, worldwide habitat loss, whales, wolves, seals, and many other endangered species, renewable energy and climate change. The former CEO of an international energy company, he has served as an advisor to over 70 of the world’s largest energy companies, led the international task force that united the former Soviet Union’s grid with Western Europe’s, and has authored many studies on climate change, renewable energy and utility siting and operation. 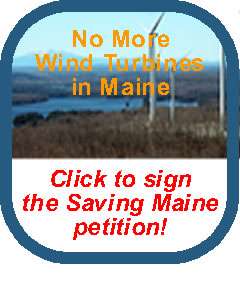 In Hawaii, an industrial wind project that would have constructed ninety 42-story turbine towers across seventeen square miles of Molokai has been defeated by a determined two-year effort of the island’s residents.

In the process we learned many tactics, which I’ve tried to summarize below and are further described in Saving
Paradise. . .       Read More