Author of nearly a dozen best-selling novels, ecologist, war and human rights journalist, award-winning poet and international energy expert, Mike Bond has lived and worked in over thirty countries on seven continents. His works have been translated into many languages and have been praised by critics worldwide for their intricate plots, fascinating characters, extraordinary settings, and explosive pace. Based on his own experiences in dangerous, remote, and war-torn regions, his novels look deeply into the dark side of humans as well as the good. They depict the terror and fury of battle and the intense joy of love, the beauty of the vanishing natural world, and the nature of the universe and its many meanings for human life.

His novels place the reader in intense experiences in the world’s most perilous places, in dangerous liaisons, political and corporate conspiracies, wars and revolutions, making “readers sweat with [their] relentless pace” (KIRKUS) “in that fatalistic margin where life and death are one and the existential reality leaves one caring only to survive.” (SUNDAY OREGONIAN).

He has climbed mountains on every continent and trekked more than 50,000 miles in the Himalayas, Mongolia, Russia, Europe, New Zealand, North and South America, and Africa. 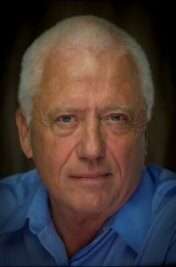