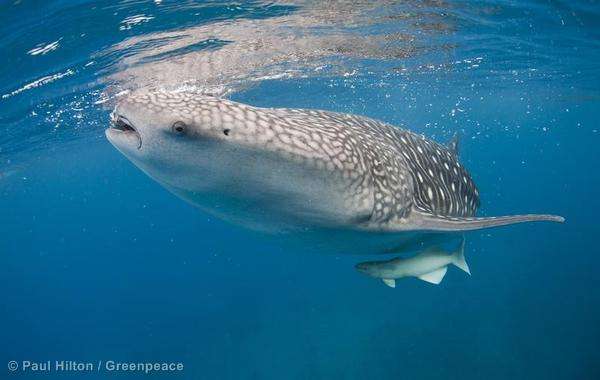 Thousands of whales, dolphins and over forty other marine mammal species will be killed or maimed so that the U.S. Navy can play war games. In a five-year-long training exercise that will run along the entire East Coast, Southern California, the Gulf of Mexico and Hawaii, the Navy will be using millions of high-intensity explosions and sonar blasts that disorient whales, drive them from their migration routes and feeding grounds, and lead to mass strandings.
Whales, dolphins and other species close to the training locations may be killed by the sonar explosions, which are so destructive they can cause brain hemorrhage and deafness, and lead to mass beachings. The National Marine Fisheries Service (NMFS), is supposed to protect marine species, but instead is about to approve these five-year exercises.
Greenpeace is asking everyone to email NMFS before March 10 demanding that these training exercises be relocated or rejected. This would be an important victory: the whales, dolphins and other sea creatures can’t defend themselves from this tragedy, but we can.
Click here to send your message….